How is AI Redefining Marketing for Beauty & Cosmetics?

In a 30-minute discussion led by Josh Aberant, we'll review how AI is helping beauty marketers create individualized life cycle journeys, and what you can do to improve personalization capabilities. 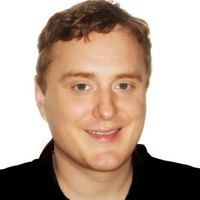 Josh previously served as an advisor & then VP of Growth at Iterable, and CMO at SparkPost. Prior to these, he served as Postmaster at Twitter. Josh co-founded RestEngine before the company was acquired by Twitter. At RestEngine he led the launch of its industry-leading social data outbound marketing automation platform. Josh has led teams at MarTech platform companies including Marketo and Lyris. He holds a Bachelor’s in Physics from San Francisco State University and was awarded the Faculty Prize in Physics from Bishop’s University.